Home › Insight › Saving the world, one degree at a time

Saving the world, one degree at a time

After a long and wet winter, our head of fixed income is resisting the urge to turn up the thermostat. Bryn Jones discusses how human activity has contributed to climate change. 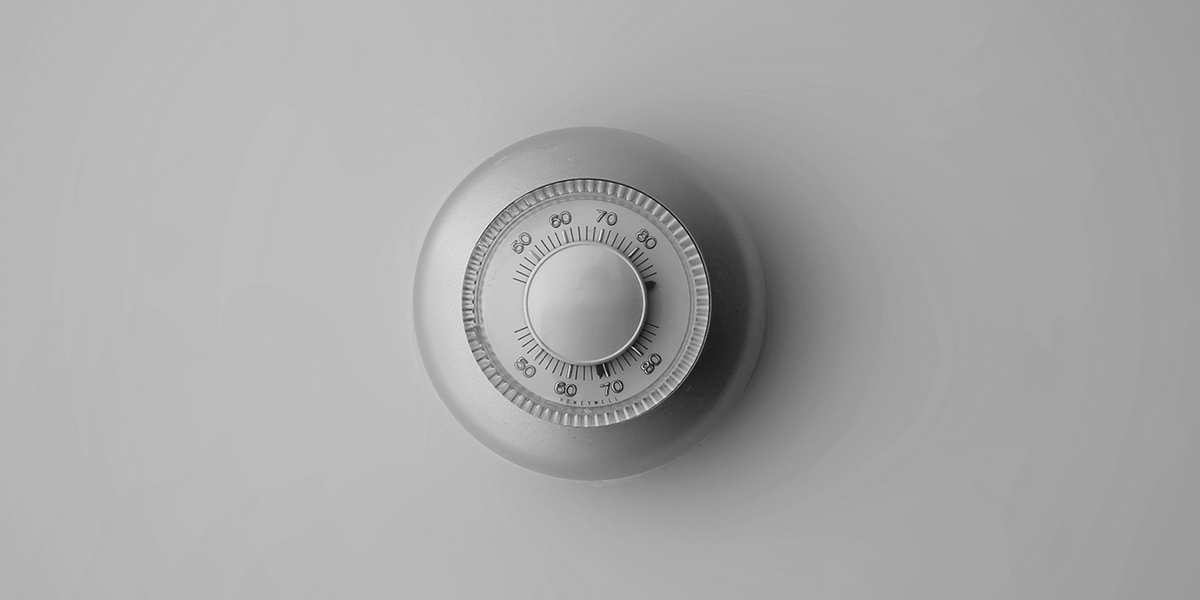 It’s been a long, cold and wet winter here in the UK. I’m sitting in my home office wearing my warmest fleece jacket because I’m in a battle of wits with the central heating. Last week the sun was shining and thermometers hit 22 degrees Celsius. But now it’s cold again.

After the uncharacteristically hot and dry spring and early summer we had last year, it feels like it’s rained every day since. Every park, every trail and every field is either flooded or sloshing with mud. Not just the kind of mud you get after a few days of rain. No. It’s ankle deep, thick as clay and sticky as glue. I have pairs of running shoes that have never been the same after a single run in the hills.

It could be worse, I suppose. In February, Greece was hit with heavy snowfall as temperatures plunged to nearly -20C and a snowstorm hit Texas so badly that it knocked out power for five million people. This exceptionally frosty weather was linked to a polar vortex that scientists say is caused by rapid heating in the Arctic.

It’s balmy by comparison here in the southeast of England, but the temptation to switch on the heat is still high.

Much as I’d like to turn the boiler up to 11, my desire is tempered by the fact every unnecessary degree of heat needs more energy, which means yet more emissions are chugged into the atmosphere.  As someone who spends his career excluding oil and gas companies from his portfolio and investing in renewable energy, I perhaps feel a stronger desire to do the right thing than most.

This is a thought that constantly plays over in my mind: every time I turn on the boiler, every time I switch on the lights, every time I drive my car I’m contributing to the way humans are altering the plant’s environments. Is now a good time to suggest to my family that we should move to Iceland where they heat homes with fully sustainable geothermal energy? After all, with the rising popularity and acceptance of working from home, Iceland seems as plausible a location as any.

Many scientists now think the world has entered a new geological epoch known as the Anthropocene. This is the name for an era when human activity has had such a major impact on the environment, climate and ecology of the planet that it will leave a long-term signature in the strata record.

The evidence is around us. Increasing CO2 levels in the atmosphere, shrinking polar ice caps, rising ocean levels, higher average temperatures – they are all signs that our natural world is changing. If this is caused by human activity, then there’s a good chance we can also get ourselves out of this mess. This means we have three options:

1. Pretend it isn’t happening
2. Adapt and live with it
3. Be proactive and change things for the better

Clearly, the first two are not ideal options. Which leaves us with the third option.

It’s clear that there is some impetus in the world to nip climate change in the bud. After all, that’s why the Paris Agreement exists. But signatures on a piece of paper aren’t going to do the heavy lifting.

This is why the Anthropocene theory is an overarching theme for me as a fixed income investor. When I’m considering corporate bonds, I’m not simply screening companies for positive and negative investment themes. I’m also digging into their sustainability credentials and their overall impact on the natural world.

It goes further than this, of course. Building a portfolio of bonds that align with this theory is not just about avoiding oil and gas companies, which we do, but also about investing in themes that prepare society for the future.

As the population grows, more people will be competing for resources, including food and water. We will have a larger generation of older people, all of whom will need care. We also can’t rule out future pandemics, so we will need to find medical solutions to these challenges.

The world is changing and we want to invest in a way that not only protects our natural environment, but also aligns with the values of the next generation of investors. You could say we are Millennial-proofing our funds, but they are not the only cohort that cares about the world around them. My age is a closely guarded secret, but it’s safe to say I began investing sustainably long before many Millennials left school.