Review of the week: Otherwise fine

As summer winds down and the pandemic persists, governments are finding it hard to taper their support measures. Chief investment officer Julian Chillingworth is chipper enough, albeit with an umbrella under his arm. 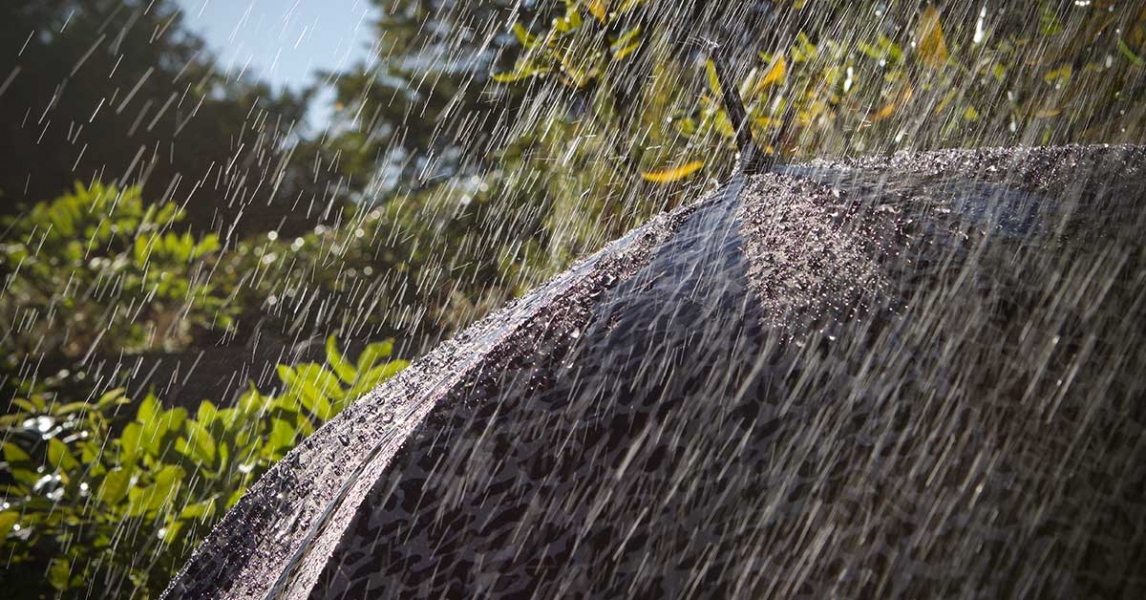 Welcome back! It has been a typically patchy British summer, with markets following suit. One day’s promising rays of economic data are quickly shrouded by news of a spike of COVID somewhere. Then something else encouraging pops through the cover, only to be closely trailed by more shaded worry. And the dance continues, like clouds chasing the sun.

"People are warming up the plastic again as well, with consumer credit increasing £1.2 billion after four months of paying down debts. The Chancellor’s inspired Eat Out to Help Out scheme no doubt helping drive this spending."

UK housing has held up well enough, with interest in gardens spiking (as you would expect following a nationwide lockdown). Lending data released this month showed mortgage approvals rocketed back, helped by the stamp duty holiday. People are warming up the plastic again as well, with consumer credit increasing £1.2 billion after four months of paying down debts. The Chancellor’s inspired Eat Out to Help Out scheme no doubt helping drive this spending. Companies’ borrowing has dropped off too, with just £4bn of new loans taken out compared with the huge £31bn of loans in March.

It feels a little like the UK and the rest of the world are taking a rest of sorts over the summer. As the leaves start to change colour, we will likely experience the next difficult phase of the pandemic. We keep hearing that the UK’s furlough scheme will end before the leaves drop, yet don’t be surprised if the scheme sticks around for many more moons. The same goes for the ban on rental evictions. The cost of furlough is extraordinary, so you can understand Chancellor Rishi Sunak’s eagerness to shut it down. Yet the human cost of double-digit unemployment and families thrown onto the streets in winter because they can’t make rent would be extraordinarily high too. And prime ministers tend to feel political costs more keenly than pounds and pence. Boris Johnson may win this fight, leaving furlough in place till after Christmas at least.

The financial cost doesn’t go away though. Now, we’re broadly comfortable with the UK’s higher debt burden and greater spending. Governments finances are not the same as those of a business or a household, however much the comparisons may be made. And offsetting a huge slump in the economy with government spending is a better option that letting a nation fall into a deflationary spiral.

Yet the government doesn’t appear completely comfortable with the situation. Decidedly Labour-like government responses to the pandemic, and a sharp rise in debt, have created a sort of political dissonance. After a decade of preaching austerity, the Conservatives are finding it hard to change the narrative (and old habits) on a dime. For one, there are the fiscal rules they made law, requiring the government to keep the nation’s day-to-day spending lower than its tax revenues over three years. This doesn’t include investment spending, so Mr Sunak could roll out big-ticket infrastructure boosts to combat the pandemic downturn. However, every month of paying the wages of furloughed Britons makes balancing the books in three years’ time all the harder.

These fiscal rules are now under review, but until that’s done Mr Sunak has to explore all of his options. So we’ve had rumour after rumble about all manner of ways to boost taxes. One of the most eye-catching is the suggestion of charging capital gains at marginal income rates (what were we saying about Labour-like policies?).

Similar political decisions are being made in the US. When Congress failed to come up with a rollover of stimulus measures to help households and states, the White House stepped in to paper over the cracks. It kept some of the extra unemployment benefits in place and extended the moratorium on rental evictions after pictures of piles of dumped belongings went viral on social media. The political calculus is especially heavy in America as the country barrels towards the November election. The race looks terrifyingly even. With riots in the streets, with a deadlocked Congress (once again facing a government shutdown), and with an incumbent whose ability to whip up anger and conspiracy is legendary, the best result would be an emphatic one either way. A closely run election will stress the US, its institutions and its sense of nationhood more than for many, many years.

For all the political whirlwinds and dislocations caused by the pandemic, stock markets surged over August.

They were driven by particularly strong gains among large American technology stocks. They struck new record highs before quickly retreating amid speculation that the market had been pumped higher by Japanese telco and technology investment conglomerate SoftBank. This has caused some worry from retail investors, so we thought we could try to explain this blip which shouldn’t have too much of an effect on markets as trading volumes ramp back up as traders return from holiday.

According to press reports, since the COVID crash in March SoftBank has been buying huge amounts of ‘call’ options on US tech company shares. These derivatives give SoftBank the right to buy shares in the future at a set price. Usually, these calls are sold by investment banks who don’t necessarily have a view on what will happen with these share prices. The investment bank is just delivering something that its customer wants. So, to rid itself of the risk that the share price will go up and it will lose money on these calls, the investment bank buys shares in the company it has sold the options on. That way, if the share price soars the bank hasn’t lost out because it can simply hand over the share in return for the money when SoftBank comes a knocking to sell. When the number of calls sold is high enough – and general share market trading volumes are low enough – that investment bank buying pressure can push those share prices higher on their own. That’s the theory that the papers have gone with, anyway. It’s plausible, given the sleepy trading sessions that bedded in over August, yet all the facts about SoftBank’s complex derivatives strategy are yet to come out.

These sorts of blaring, worry-inducing stories and bits of economic news will continue to tumble around markets over the coming months. No-one really knows what’s happening out there, in the round. The data simply isn’t there. It’s not in the figures trying to measure what’s going on now or last month (or it’s no longer comparable with it). And you can’t find much help in the past either, given the unprecedented mix of circumstance and economics we find ourselves in.

"We are living through a great time of flux. And it’s likely to be this way for some time. It’s best not to get too excited about short-term fluctuations in markets, economic measures or news stories."

We are living through a great time of flux. And it’s likely to be this way for some time. It’s best not to get too excited about short-term fluctuations in markets, economic measures or news stories. Instead, you need to try keep an eye out for trends and indications that things have changed direction. That’s everything from company earnings to the recovery of nations and the fight against COVID. At the moment, governments are still supporting people and businesses as they try to get a footing in the post-pandemic world. They are able to borrow to keep people housed and fed and to encourage businesses to weather the storm rather than slash spending and send economies into freefall.

One particularly heartening trend we have noticed is the number of companies that have repaid furlough money taken from the government during the depths of the crisis. After posting strong profits, several companies have returned the unneeded grants to the exchequer with thanks. Businesses are typically characterised as rapacious and single-minded in the pursuit of profit, yet this shows that honour still has a place at the boardroom table. The rise of a more responsible capitalism has no doubt helped engineer this compulsion to do the right thing rather than pocket a windfall at the expense of the people and their government.