Home › Insight › FAANGs for the memory

FAANGs for the memory

A jokey present from Christmas past comes back to haunt David Coombs, our head of multi-asset investments. As the nights lengthen, he spooks himself by pondering the meaning of ‘tech’. 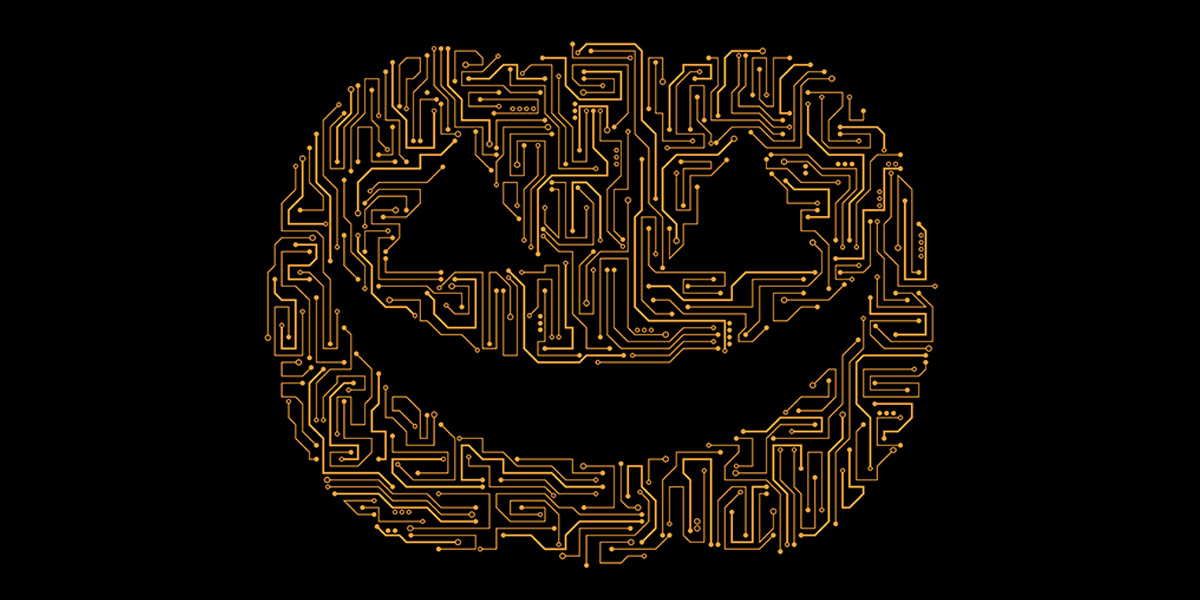 Last week Amazon delivered a Christmas present I had ordered for Tracey (a vinyl record – 70s retro). Not a startling incident clearly. However, I bought it for Christmas 2018.

The tale leading up to this bizarre and poetically delayed delivery is as winding as it is modern. The original record was “left in my dustbin for safety,” because I wasn’t in. At least, that’s what was written on the note put in the letterbox. I couldn’t verify the claim given it was bin day.

To be fair to Amazon, a quick call to its customer services department resulted in a replacement record getting sent to me immediately. Unfortunately, a week later a three-item Amazon delivery arrived sans one. I doubt you need me to specify which item was missing. It took another quick call to sort out why reality and my Amazon account didn’t agree, then the record was sent again. And delayed. And again.  And again. You know how time just goes, and all of a sudden it’s a year on.

Just another case of a FAANG disappointing in the final mile. Ah, that final mile: a diesel-fuming van repeatedly coming to my door. Should I overlook the, up-till-now, convenience of Prime and start shopping with a lower carbon footprint? Am I alone in thinking this?

Is Amazon going to start getting pushback from consumers (not to mention regulators) as attitudes to sustainability gather momentum? In my view, the rapidly changing attitudes of consumers toward protecting the environment may be a bigger disruptor than the FAANGs we’ve all come to know and love (for those who missed it, that’s Facebook, Amazon, Apple, Netflix and the artist formerly known as Google).

Speaking of carbon emissions, I’m off to the US in a couple of days to visit many companies that we hold but also a few that we’re pondering. I am visiting Amazon HQ in Seattle and will have the opportunity to ask some of these awkward questions I have (including quality control problems in respect of third-party suppliers on Amazon Marketplace).

So are the FAANGs losing their edge? (I am not sorry for the pun.) Some commentators are using recent failures of unicorn IPOs as an argument for the impending repeat of the dotcom bubble. I tend to agree but also vehemently disagree. Many companies that are enabled by the internet have been mischaracterised as ‘tech’, in my opinion. It’s a pithy moniker, ‘tech’. It camouflages the income statement: nothing below the top line gets noticed. ‘Tech’ companies are given sky-high valuations today based on future sales growth that assumes every company can eat the whole world. That does sound sort of familiar and send a chill down your spine – particularly in October, the spookiest of months.

This all makes me wonder whether it’s better if we avoid thinking in terms of ‘big tech’ at all – as a catch-all it just distorts people’s thinking. Uber is a taxi firm. Tesla is a car manufacturer. Netflix is a new-age broadcaster. Facebook is a communications business. WeWork is an office space landlord. Apple is a prestige brand (think the Coca-Cola of telephones). When I meet Twitter next week, I’ll be asking whether it’s no more than a digital version of Hyde Park’s Speakers’ Corner! Should be interesting.

What about Amazon and Alphabet (two ‘tech’ companies we own in our multi-asset portfolio funds)? Amazon is, primarily, a retailer and marketplace for products and media. But it is also in the business of digital storage. As is Alphabet, which is primarily a directory for the entire world and all of its knowledge; a Yellow Pages on digital steroids.

All of these companies are bundled together under the banner of ‘tech’, but you can see they all do different things. It’s crucial that you focus on how these companies actually make their money, because that is what will affect their businesses.