Horse racing is worth billions of pounds to the British economy — and is particularly important to rural communities. But this is a high-cost sport that is facing many hurdles. As the going gets tougher, can the industry around it survive?

During an unbeaten career, the racehorse Frankel won almost £3 million in prize money — a great return for his owners, whose initial outlay on him was several hundred thousand euros. But the earnings do not stop when a great horse leaves the winners’ enclosure for the last time. Millions more can be earned in stud fees.

Frankel’s father, Galileo, was himself a champion thoroughbred. He is rumoured to command stud fees in the region of €600,000. Frankel eclipsed his father’s racing records and is off to a promising start as a stud. During their debut season in 2016, his progeny achieved a strike rate of 40% in terms of winners relative to runners. Scarcely surprising, then, that his owners already charge stud fees of £175,000. Frankel covered almost 200 mares in 2017. This horse is a cash cow!

Numbers like this would suggest that the racing industry is hugely profitable. It is certainly important to our economy.
A report for The Thoroughbred Breeders’ Association by accountants PwC in September 2018 estimated that horse racing contributes over £3.5 billion annually to the UK economy and supports over 85,000 jobs.

This, however, is an expensive sport. The average annual cost of owning and running a flat racehorse is close to £23,000. Around three-quarters of this is spent on training fees and much of the rest on racing costs (such as entry prices, travel expenditure and jockey fees).

The Balding family are one of Britain’s most successful racehorse trainers. Emma Balding says: “This is a labour-intensive industry, and no amount of technology will change that — computers can't muck out horses!” 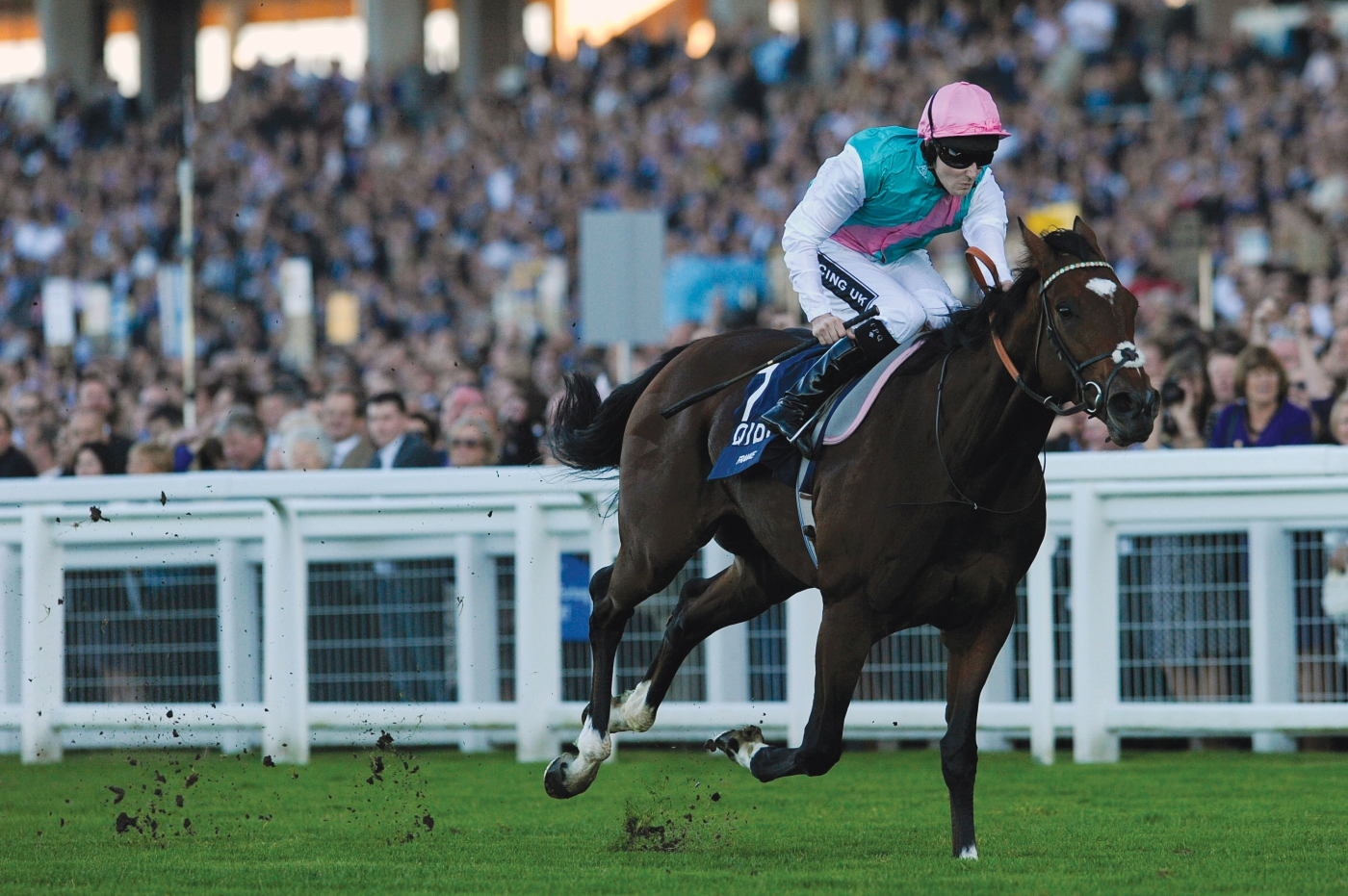 Few can afford to participate seriously. The Queen is Britain’s best-known racehorse owner. Perhaps the next most famous is Sheikh Mohammed bin Rashid Al Maktoum, Ruler of Dubai, who founded the Godolphin thoroughbred operation and whose European headquarters are near Newmarket. His horses have won 5,000 races; last year alone they won 30 Grade I events — the highest level of thoroughbred and standardbred stakes races — including the Epsom Derby and the Melbourne Cup.

But a growing number of the ‘ordinarily wealthy’ are dabbling in the sport for fun — often in syndicates, whose members share ownership of a horse. For many of them the sport is a hobby rather than a business. Balding, whose son, Andrew, trains as many as 190 horses at any one time at their stables at Kingsclere, near Newbury, says: “If you rolled back 50 years you would find most owners were wealthy landowners. Breeding and racing horses was their leisure and pleasure. Today there are more syndicates within the breeding industry and owning side of it. These enable many more people to participate in the sport and to get more out of it.”

As with owners, it is tough for trainers and breeders to make a profit. And it is getting tougher. A new law introduced in April limited the maximum stake on fixed-odds betting terminals in betting shops from £100 to £2. The move, brought in to help tackle gambling addiction, has meant a big drop in bookmaker earnings. William Hill has already announced it is to close around 700 of its licensed betting shops.

Bad results have also hit bookmakers’ profits this year. This feeds through to the racing industry, which receives a levy on those profits. It is expected to receive £17 million less than in 2018. And this is before the effect of the new gambling restrictions has fed through to profits.

This is already leading to cuts in prize money and creating a vicious circle. The average ‘cost per run’ is approximately £3,000 for a flat racehorse and £3,500 for a jumps horse. With prize money in some races falling below £3,000, owners are questioning whether it is worth running their horses. It means field sizes are dropping, which makes races less exciting to watch.

All this is happening against a backdrop of already-falling attendances. A recent in-depth study by a team at Liverpool University (which offers an MBA in Thoroughbred Horseracing Industries) shows that, though numbers for events like the Cheltenham Festival and Royal Ascot held up, attendances at many jumps meetings were more than 25% lower in 2018 compared to 2002. In part this is because of ubiquitous coverage of race events on specialist TV channels.

Two-thirds of breeding operators were unprofitable in 2018. The average return on capital in the industry is just 1-3%. It is perhaps not surprising that nearly one in 10 breeders has left the industry in the past five years.

Balding, who also runs a stud farm, says: “It’s very tough. If you’re not having any success, it’s impossible. One good sale on our stud can bankroll the business for a couple of years, but one good sale might come along every five years. So in between you have to be canny. The thing that’s a killer is when you're left with a horse that doesn’t make a sale because it isn’t conventionally good-looking in the ring. You have to train it for another year to prove its merits, and that adds £30,000 to the bill.”

Brexit, too, could prove a major hurdle. There are over 26,000 free movements of horses for racing, breeding and sales purposes between the UK, Ireland and France, and these may face additional checks. In addition, nearly half of British stud farms employ at least one EEA member of staff (11% of the UK breeding workforce), who often hold specialist skills that cannot be easily replaced.

Added to all this is another threat — from animal rights campaigners. Animal Aid claims that around 200 horses die on racecourses each year. Its members want an end to all commercial racing. Its criticisms are hitting home, and there is a growing drive within the industry to tackle welfare issues.

Dr Madeleine Campbell, from the Royal Veterinary College, told delegates at this year’s Horseracing Industry Conference in Liverpool that ignoring critical public opinion could ultimately lead to the sport’s abolition. She said more could be done to improve horseracing’s image — including banning the use of whips to encourage the horse to run faster. But she said: "Although racing does involve some harm to animals, it is outweighed by the benefits of racing — not only to humans but to animals.” 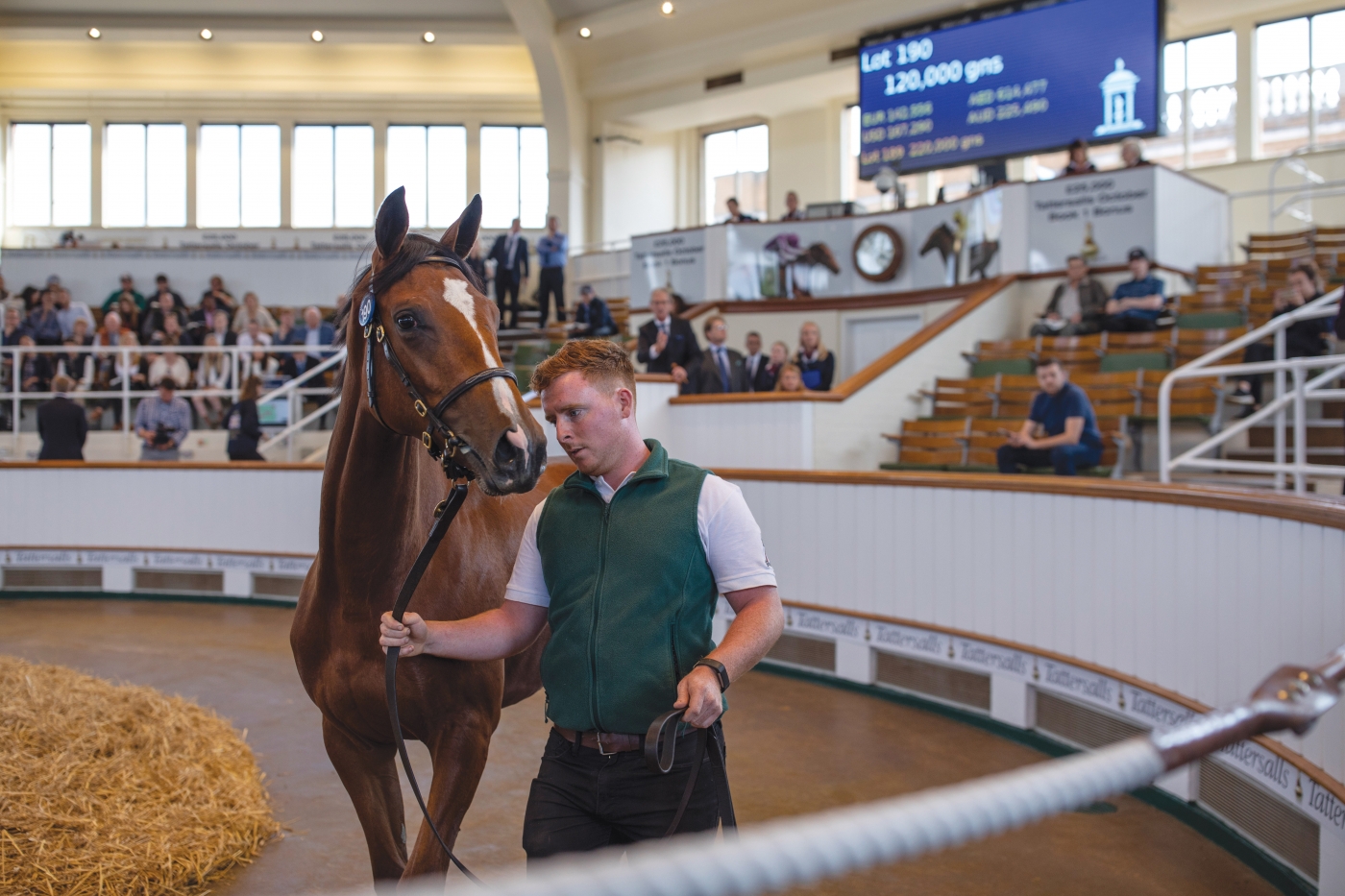 Balding says: “The vast majority of us care desperately for our horses, and the horses love the action. They are as competitive as the humans on them. I’ve seen some really quite average horses win races because they want to. They are athletes and they train like athletes. You can say a horse doesn’t have a choice about this, but if a horse doesn’t want to race you really can’t make it.”

Balding is a trustee of Retraining of Racehorses, a charity that promotes the welfare of racehorses when they retire from the track. She says: “Many of them don't enjoy retirement — they miss the buzz of the track, so they often go on to eventing, polo, dressage and endurance riding. They can make a fantastic buy for an experienced horse lover, but you have to learn to look after a thoroughbred. They do everything a bit quicker than your plodding pony.”

Horse racing has never faced so many challenges, but it remains the second most attended sport in the UK after football. The odds are not stacked against it, but its future is uncertain. One thing is clear, though — for those drawn to racehorse ownership by the dream of unearthing a new Frankel, a stable investment is sometimes not found in a stable.