Only comedians can insult their customers, notes head of multi-asset investments David Coombs. If change needs to come, stewards usually get better results. 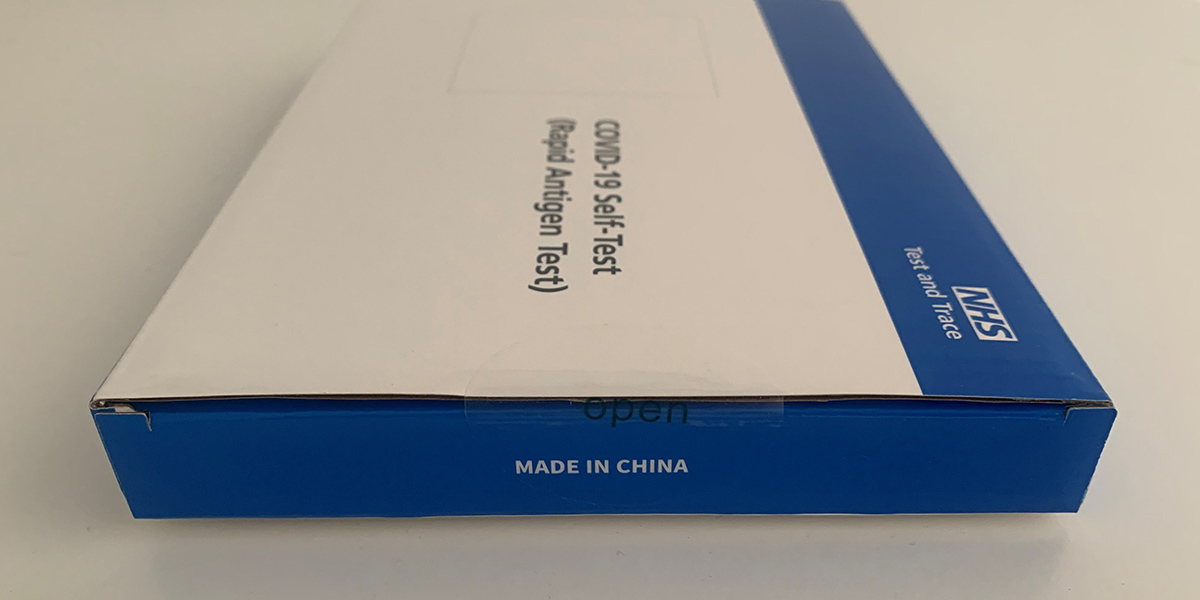 Many years ago, on a school trip I bought a jumbo Welsh pencil as evidence that I had ventured out of the valley. When I got home and reviewed my purchase, I was disturbed to see ‘Made in China’ stencilled in small letters at the bottom. It took away a bit of the edge, but I just made sure when I hung it up on my wall (no posters of ABBA) that the country of origin stamp wasn’t visible to retain an illusion of authenticity.

That knick-knack was fairly typical of the Chinese goods sold in the UK in the seventies. Things have changed a lot in the intervening years. Today if you use a Hoover, Dirt Devil or Milwaukee power tool you are buying a brand owned by Hong Kong-listed Techtronic Industries (TTI), and it was most likely made in its huge manufacturing hub in Mainland China. I visited one of TTI’s factories near Shenzhen, just north of the Hong Kong border, and I can say its R&D testing centre was an experience that stayed with me. We are buying Chinese products all the time without knowing it. And where we are buying stuff assembled in other countries, a good proportion of the components no doubt come from Greater China.

When you next visit B&Q to buy a chainsaw, will you check to see which country it’s made in? What if Milwaukee’s management gave their views on Scottish Independence or Brexit? Would that alter your buying habits? Some people can get offended by much lesser things. I saw a rant on Twitter last week about the Co-op being too nationalistic because it put the Union Jack on its sandwich wrapper. All it was trying to do was indicate low food miles! Mixing politics with selling products is tricky – you risk upsetting somebody somewhere every time you do it.

Very few meetings with company managers go by without a lengthy discussion about their venture in China (so many companies have one). For a lot of mature companies (think cornflakes, fried chicken, toothpaste), the wave of prosperity and trade liberalisation in China over the past 20 years meant something they hadn’t seen for a while: growth. Many western companies’ share prices re-rated because of this exciting opportunity.

Since the turn of the millennium, investors made money either by investing directly in China or via global companies selling to the Chinese consumer. They have both been very successful strategies. However, in the past 12 months comments by the authorities around social cohesion and equality have created much angst among foreign investors, including yours truly. So, is it all over?

In my last blog I covered the Chinese comments around technology and education. Today I want to talk about the consumer sector. Two areas have been increasingly troubling: Chinese consumer boycotts and President Xi Jinping’s policies to combat inequality.

This year, Chinese citizens have boycotted several Western brands after they criticised government policies, some have now been taken down from online platforms too. We may or may not agree with the corporate views, but where does this leave us as shareholders when the price of our stock plummets due to a boycott? Where does the company go next? Climbdown? Double down? I meant on rhetoric, not the share price ...

This is increasingly a worry for us. We are not politicians, but we are responsible for our investors’ savings. We want to invest in companies that provide quality goods and services to Chinese customers. Surely international trade is a good thing, the sharing of cultures? Yes, even KFC.

Only comedians insult their customers

I think companies need a clear strategy on their approach to China and should communicate this to their shareholders. Either you are in and selling to the people, leaving politics to the politicians, or you take a stand and take the blowback, boycotts and potential loss of market access on the chin. Both approaches are legitimate and, dare I say, honest. But companies should be upfront with investors about their strategy ahead of time and stick to it. I am nervous of investing in businesses trying to bridge these two strategies, because you will simply antagonise your customers.

That doesn’t mean that companies shouldn’t be pushing to change policies, processes and regulations for the better. We are constantly encouraging and cajoling our companies to improve themselves, their suppliers and the markets they operate in. Stewardship is incredibly powerful. These sorts of discussions, done respectfully and directly, avoid the defensiveness and antagonism that comes with debating through the media or public statements that are more heat than light.

Take Estee Lauder, which we hold in our Rathbone Multi-Asset Portfolio funds. It has led the way in reducing and minimising cosmetics animal testing for decades. However, some markets – China is a particularly big one – still require products to be trialled on animals for safety and efficacy. Estee has taken quite a bit of flak over the years from animal rights campaigners about this testing. However, it has kept very quiet in public while lobbying doggedly behind the scenes to encourage China to relax its rules. This has borne fruit, with new rules implemented this year to reduce animal testing in the Chinese market. The company’s management tell us they will continue to lobby for such improvements.

One sector that has done very well out of Chinese shoppers is luxury goods. Many of these companies, including LVMH, another of our multi-asset fund holdings, have seen very strong returns over the past decade. It remains resilient today – even during a pandemic – with 2020 sales holding up well online. The share price was rattled by a speech Mr Xi gave in mid-August about promoting social equality. So, is it over for expensive handbags and jewellery in Shanghai?

I suspect not. I see this as a warning to the super rich in China, rather than the middle manager or PA with a Burberry scarf. In the US, there’s a culture of philanthropy dating way back, think Carnegies right up to the Gates today. Even in the UK, James Bond has said he won’t leave his millions to his kids. (Strange, didn’t think he had time to die.) Maybe Mr Xi wants to see this philanthropy burst forth before the state has to intervene. Or maybe I’m wrong and taxes are coming – or worse, confiscations. If it’s the latter, then China will be reversing decades of policy. Seems unlikely but we need to factor this into the prices we are willing to pay for Chinese growth, either directly or indirectly.