The buzz on Anthropocene theory

We’re living in an era in which human activity is radically changing the planet, according to a raft of scientific data. Bryn Jones, lead manager of our Ethical Bond Fund, explains how this influences his team’s long-term decisions. 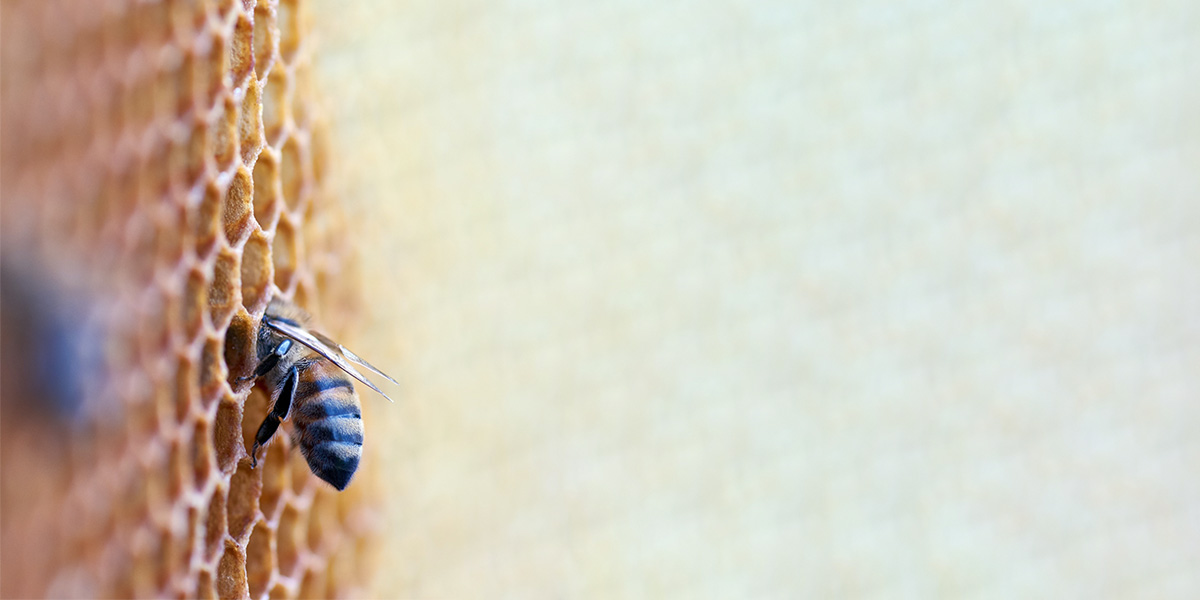 It’s easy to get panicked when financial markets turn very volatile. But it’s critical to stay disciplined and rational in turbulent times and to focus on long-term convictions rather than immediate uncertainties. As sustainable investors, our focus on the health of the planet has been a long-term priority ever since we launched our Ethical Bond Fund 20 years ago.

The age of humans

For a long time now, the idea that we’re living in the Anthropocene epoch – an ‘age of humans’ – has been at for the forefront of our thinking. This epoch is an unofficial unit of geologic time that describes the most recent period in the earth’s history in which humans have become the most influential force on the planet.

Most scientists now agree that human activity has destabilised our climate and that the world is rapidly warming. Average temperatures are increasing, polar ice caps are shrinking and ocean levels are rising. At the same time, intensive agriculture and fishing to feed the growing number of people on the planet, alongside urbanisation, deforestation and pollution, are causing extraordinary changes to our land, waters and atmosphere. These changes have had a devastating impact on biodiversity – the variety of plants, animals, fish, insects and other organisms on earth.

Global warming, water and land-use change and biodiversity loss are directly interconnected and mutually reinforcing processes. Some scientists even argue that together they risk a mass extinction as profound as the Cretaceous extinction that killed off the dinosaurs 65 million years ago.

From bees to coral reefs…

Biodiversity underpins a healthy ecosystem: without it, we’ll struggle to sustain life as we know it on earth. Take what’s happening in Morocco, for example. Here, some of the world’s oldest and largest beehives are being wiped out by the country’s worst drought in 30 years, which is killing the plants that feed the bees. Even before the drought, Morocco’s bees were dying at an alarming rate because of ‘bee colony collapse disorder’, a global phenomenon often linked to increased pesticide use, loss of habitats and infection by disease or parasites.

What’s happening to the world’s bees risks far-reaching consequences. About one-third of crop species (including apples, almonds, broccoli and squash) depend on pollination by bees to survive. Fewer bees could bring big shortages in key food crops.

Likewise, the loss of around 14% of world’s coral reefs over the last decade (largely as a result of higher sea surface temperatures caused by global warming) could trigger much wider biodiversity problems. Coral reefs house at least a quarter of all marine species. If they disappeared, essential food and habitats for lots of fish and other marine species would cease to exist, causing many to die out.

Bees and coral aren’t ‘nice to haves’ – they’re essential parts of complex ecosystems on which life as we know it depends. As sustainable investors, we can’t ignore the rapid degradation of nature over the last few decades. Instead, we firmly believe that we can (and should) play an important role in helping to address and – where possible – reverse nature’s losses.

Building a portfolio of bonds that aligns with Anthropocene theory is not just about avoiding oil, gas and mining companies, which we do. It’s also about financing businesses and projects that help support biodiversity, encourage its conservation and restore losses.

Technological progress and greater social and governmental awareness of the challenges we face because of our altering of the planet give us many opportunities to invest in potential solutions to biodiversity and the loss of ecosystems. For example, we actively seek out opportunities to invest in wind and solar energy farms, nature conservancy and sustainable farming projects, and environmental education.

Our Anthropocene focus also involves thinking about the huge population growth of the last century and how this has increased the impact of humanity on the planet. More and more people are competing for limited vital resources, including food, water and housing, which will have big implications for the environment, society and the economy (this is a huge topic that we’ll look at in more detail soon).

It’s encouraging that an ever-increasing list of governments (including ours in the UK) now issue green bonds to earmark funds for projects specifically intended to benefit the environment. And more and more companies operating in ‘mainstream’ sectors (i.e. outside things like wind and solar energy) have been getting in on the green bond act.

Even those companies that don’t issue bonds to address specific sustainability goals can play a role in protecting the natural environment by changing the way they do business and prioritising biodiversity-friendly business practices. For example, banks are in a good position to support businesses that regenerate and promote biodiversity and to constrain the extent to which they finance polluting industries. This thinking plays a big part in determining which bank bonds we want to buy.

This is just one of the many different ways we apply an Anthropocene framework when investing. We think that framework helps us understand the full scope of the challenges confronting our environment and society in future – and also to gauge which initiatives aimed at addressing the loss of biodiversity and ecosystems are best placed to bring lasting benefits.